K AROUND has actually been a vision of mine for several years -
just didn't realize it would be on a medium called the Internet / World Wide Web!

I truly enjoy sharing my experiences with you. What's even more gratifying is receiving the positive feedback from many appreciating the content, time and effort placed on developing the pages.

As I continue to have fun, I become a proud recipient of the following: 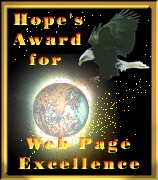 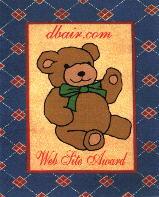 Press on the graphic and vote for
LOOK AROUND
as a Starting Point Hot Site.

K AROUND - you're always welcome.

conquer the LOOK AROUND home page